A portal to the Final Fantasy world for Android

Advertisement
Final Fantasy Portal App, the official app from Square -Enix, gives you quick access to all the information related to the Final Fantasy franchise. The best part is that it allows you to enjoy the classic Triple Triad on your Android device.

Final Fantasy Portal App is basically what it sounds like: an information portal regarding all the Final Fantasy video games. But, as an added feature, the app does include two very special video games: Triple Triad and the original Final Fantasy.

Triple Triad is the popular card game that everyone inside the Final Fantasy VIII universe played. And it's great. The gameplay is easy to learn and things build up very quickly. It's perfect for playing one or two games whenever you have a moment. Also, this Android version comes with a ton of cards.

Final Fantasy Portal App is a must have for anyone who loves the Final Fantasy franchise, not just because it'll gives you a ton of information, but also because you'll be able to enjoy one of the best mini games that's ever appeared in Final Fantasy.
Reviewed by Andrés López Translated by Robert Zant
Advertisement

Why is this app published on Uptodown?
(More information)

There are opinions about Final Fantasy Portal App yet. Be the first! Comment 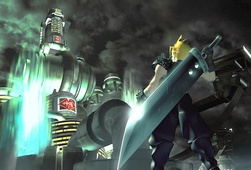 Game Turbo
Improve game performance on your Xiaomi device
Ludo Star
An exciting way to play Parcheesi
Magic Tiles 3
Touch the screen in time and follow the rhythm
Epic Games
The official Fortnite installer for Android
Caesars Slots
Slot machines with a lot of history
Trivia Crack
An online trivia game from the makers of Angry Words
Samsung Game Tools
A set of features to improve your gaming experience
Teen Patti Gold
Are you feeling lucky?